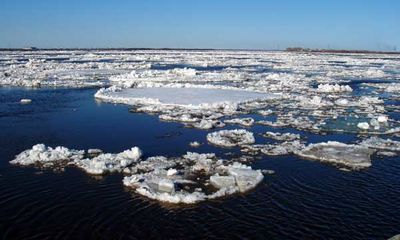 According to North Territorial Administration for Hydrometeorological and Environmental Monitoring forecast, the ice breakup and ice clearing is expected to be earlier than long-time average annual by 5-10 days. It is expected that, the vessels without ice class will perform the safe and running voyage en-route the White Sea from Svyatoy Nos cape to Arkhangelsk by 10th of May, but the route itself will have open water at 28-30 April. You can find the full forecast, presented by North Territorial Administration.

The ice breakup seriously edit the plans for the shipowners, consignee, consignor, and all related for sea shipment parties. According to seaport by-laws Arkhangelsk, during the ice stream all vessels are restricted to sail in harbor territory, as well as on port entry and port exit. Also the vessels are only able to stay in port at the safe holding areas, the arrangements for this process, prepared by Harbor authorities by the middle of April. The vessels, which are not protected by ice stream impact should leave the inner harbor not late then one day before the ice stream head reach the city.